You Are A Special Person 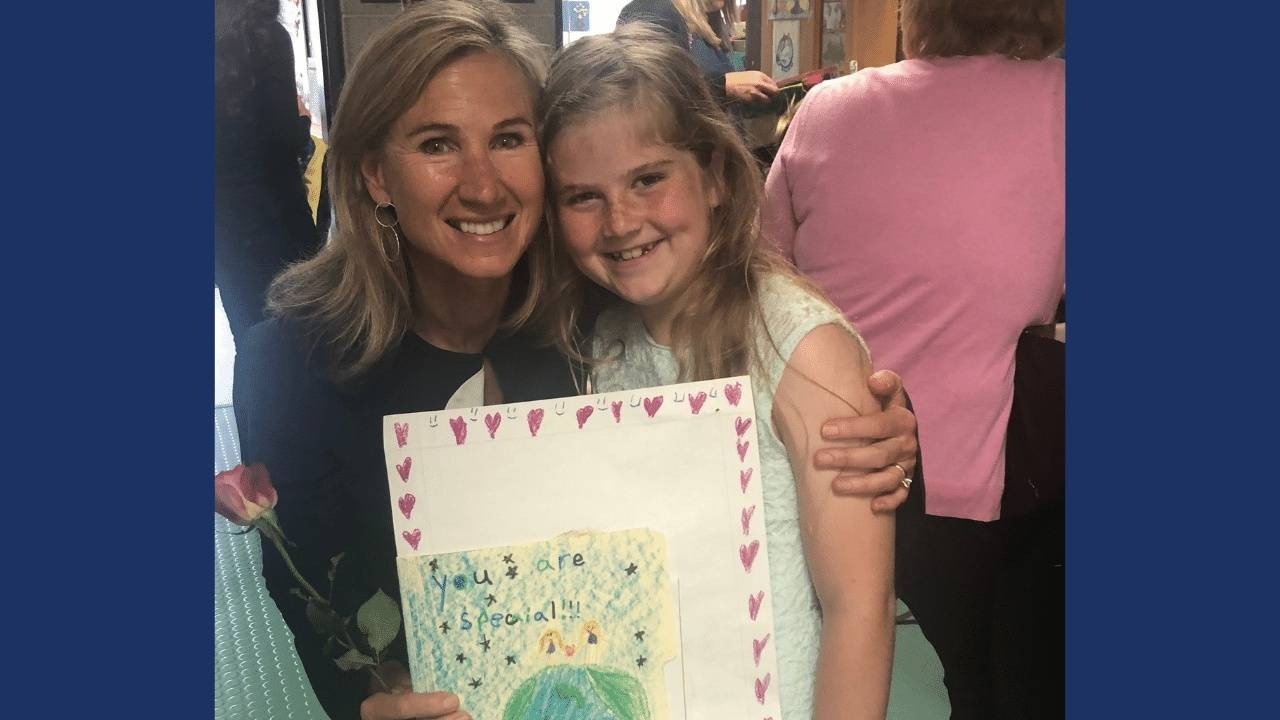 At Roaring Brook Elementary School, in my little suburban Connecticut town, a major rite of passage for second graders is Special Persons Day. Each student chooses one special person in their life, draws a portrait of them, writes a tribute to them, presents this tribute to them on a stage, with a microphone. There are songs and laughs and lots of tears.

As the mother of four RBS graduates and godmother of two, odds are that I would have been chosen for the honor by now. In fact, it is a bit of a joke among my neighbor-friends and my own kids that I – as special as I am

Until this year.
On an April morning walk to school with seven of my walking schoolbus friends, sweet Colleen Mahoney bestowed the honor on me this way. “Who’s your special person for Special Persons Day, Colleen?” “You, of course!”

I cried.
And then I cried more when I learned that of all the possible dates. Special Persons Day 2019 fell right in the middle of my daughter Hannah’s college graduation weekend.

Bob, my friends, even Colleen’s mom, told me to skip it: it’s crazy, too much driving, Colleen will understand, they insisted. I wouldn’t hear it.

On May 24th, I left PA following a lovely breakfast with the awake members of my family, after having enjoyed Hannah’s Athletics Banquet the night before. Two car ride conference calls and a podcast later, I arrived Susan-style (with one minute to spare) in Colleen’s classroom.

Suffice it to say, that the long wait to be a Special Person, and the long drive to get there, was totally worth it.

But that’s not why I’m telling this story.

Scroll back a couple of weeks to a picnic table in my backyard on a pristine spring day. I was watching Colleen and her 10-year-old brother, Brendan, while their mom took another brother to a medical appointment. (Like Hannah, Colleen has three brothers – a fact that only strengthens our bond).

Having seen Hannah’s graduation invitation on the counter earlier, Brendan was perplexed.
– Brendan: “Mrs. Davey, how are you going to make it for Special Persons Day if you’re down in Pennsylvania?”
– Me: “I’m going to come back for it.”
– Brendan: “What?! That’s like 10 hours of driving! Colleen, I can’t believe you’re gonna make Mrs. Davey drive all the way from Pennsylvania and back for Special Persons Day!”
– Colleen: “I’m not making Mrs. Davey come. She wants to!”

Isn’t it beautiful? Spoken by Colleen with the utter conviction of her self-worth; with pure confidence in my decision, and affront that her brother would question it.
And with no guilt or apology.

Does it sound familiar?
Don’t kid yourself. Of course, it doesn’t!

Think about it. Would you ever ask a friend to drive 7 hours to a one-hour event?
No. Instead, you’d insist:
“Don’t worry about it.”
“Forget I ever mentioned it!”
“Please, it’s no big deal.”

Something happens to us between the ages of 8 (where Colleen is) and later adolescence that diminishes our sense of self-worth. We’re at the top of our class or the top of our game, but we don’t own it. Our lives are marked by inconvenience beginning with childbirth, yet we simply won’t inconvenience others. We let them off the hook. We put their interests before ours. Call it “selfless”, even “martyrdom”, but it’s just stupid – and it gets in the way of us achieving and performing and delighting as we should.

I’ve saved sharing the best part of what Colleen said to her brother that day at my picnic table, for last:

“I’m not making Mrs. Davey come,” said Colleen. “She wants to. And that’s what makes her such a special person!”

Remember this the next time you are networking to get into a company, interviewing for a job, negotiating a salary: You are worth connecting with. That hiring manager would be lucky to have you. You deserve to be paid at the highest end of the pay scale.

Because you, too, are a special person.