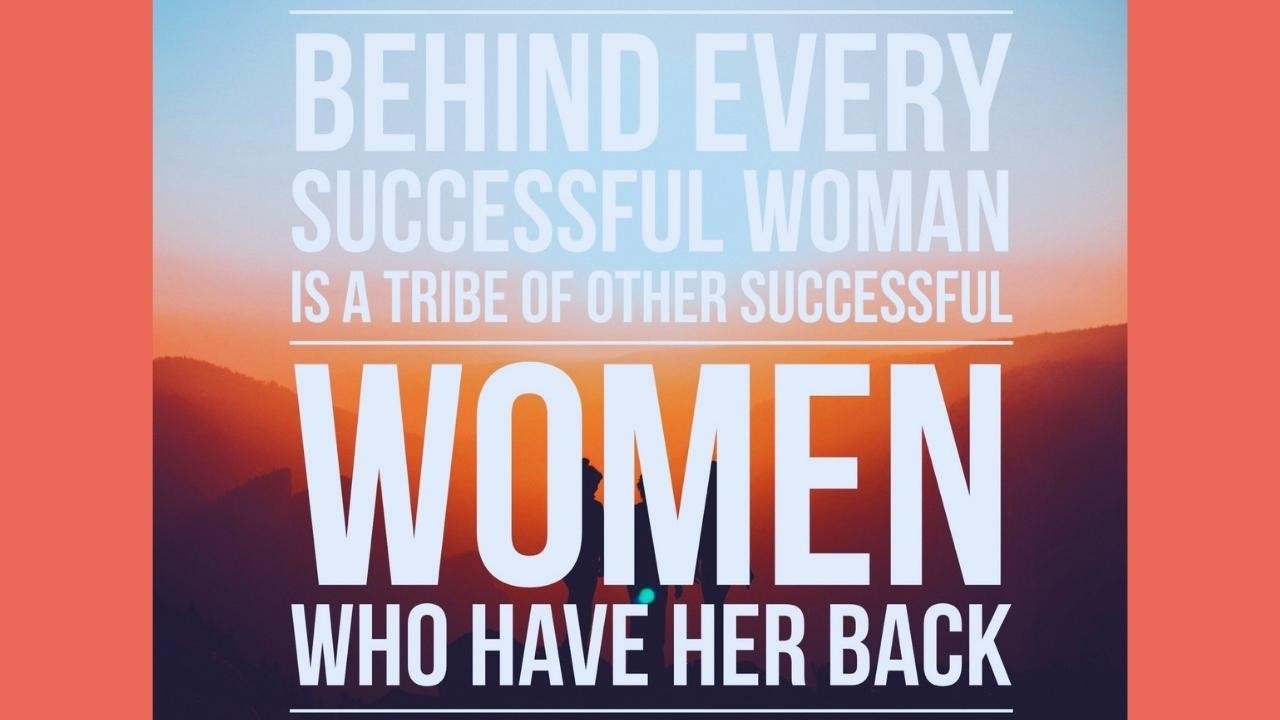 At my son Luke’s senior class awards night three weeks ago, his classmates Ayushi and Carolyn taught me (and other alert members of the audience) a lesson. The lesson is one we’ve been taught before, but often forget to practice; a lesson women need to heed now, especially.

After all of the departmental, athletic, arts, and military awards had been presented, the two most coveted awards of the night were announced. In a highly competitive town, where academic excellence is expected of (and sought by) students and where, because of that high level of competition, class rank is not published, the announcement of valedictorian and salutatorian is awaited with bated breath.

The principal called the two students up to the podium, where they stood – one on either side of him. They were praised for their stellar high school records and then introduced as the #1 and #2 in their class of 300. What happened next is the story.

Ayushi and Carolyn who, despite the district’s policy of not publishing class rank, must have known that they were both contending for the top honor; who took the same classes, studied the same materials (maybe even together) and aced the same tests; whose hard work and good choices led to this singular moment of earning the top seat in a top district in one of the top-ranked states in the country, walked in front of the podium, spontaneously high-fived each other, linked arms, and returned to their seats. It wasn’t until graduation day last week that I was sure which one was the valedictorian and which the salutatorian. They received their awards in solidarity, as one.

We women don’t always support each other this way. In my long career, I’ve seen healthier competition and more widespread support of men for each other, than women. In fact, I can’t recall any public display of support between adult women as powerful as the one demonstrated by these two 18 year-olds.

When I enjoyed significant successes in my corporate career, I often felt more lonely than supported. Later, as an entrepreneur, when my partners and I worked tirelessly to advance the flexible workplace, it was often women business leaders who resisted, not men.

It’s unfortunate, but I get it. When it is understood that few women will achieve the top post, when perhaps only one or two will get an office in the C-suite, an ‘every woman for herself’ mentality ensues.

A cynic might argue that this culture is cultivated by the very people who want to limit women’s access to the top. A psychologist might suggest it is rooted in our evolutionary instincts to compete fiercely with other women to ensure our access to the most genetically gifted partner. But whatever its roots, the practice of ‘every woman for herself’ limits us and hurts us in the long run.

There is plenty of room at the table, women, and the more often we can reach back and pull others up, or link arms and push forward with the woman next to us, the better our collective chances of breaking the glass ceiling and improving business practices, culture and performance.

Think of this as you begin your return to work journey. Boldly and unapologetically reach out to women in the workplace for help and guidance. Follow the lead of Luke’s classmates and, once you’ve landed, support and encourage your colleagues – even when they beat you out for that promotion or #1 spot. And, of course, thoughtfully reach back to help the next wave of women as they begin their own career re-launches.

Thank you, Ayushi and Carolyn, for the gentle reminder you gave us on that high school stage. May you continue to link arms with your classmates, your colleagues, and your competitors as you move through higher education and into the work place.

High fives to you both!