Time to Pull the Trigger 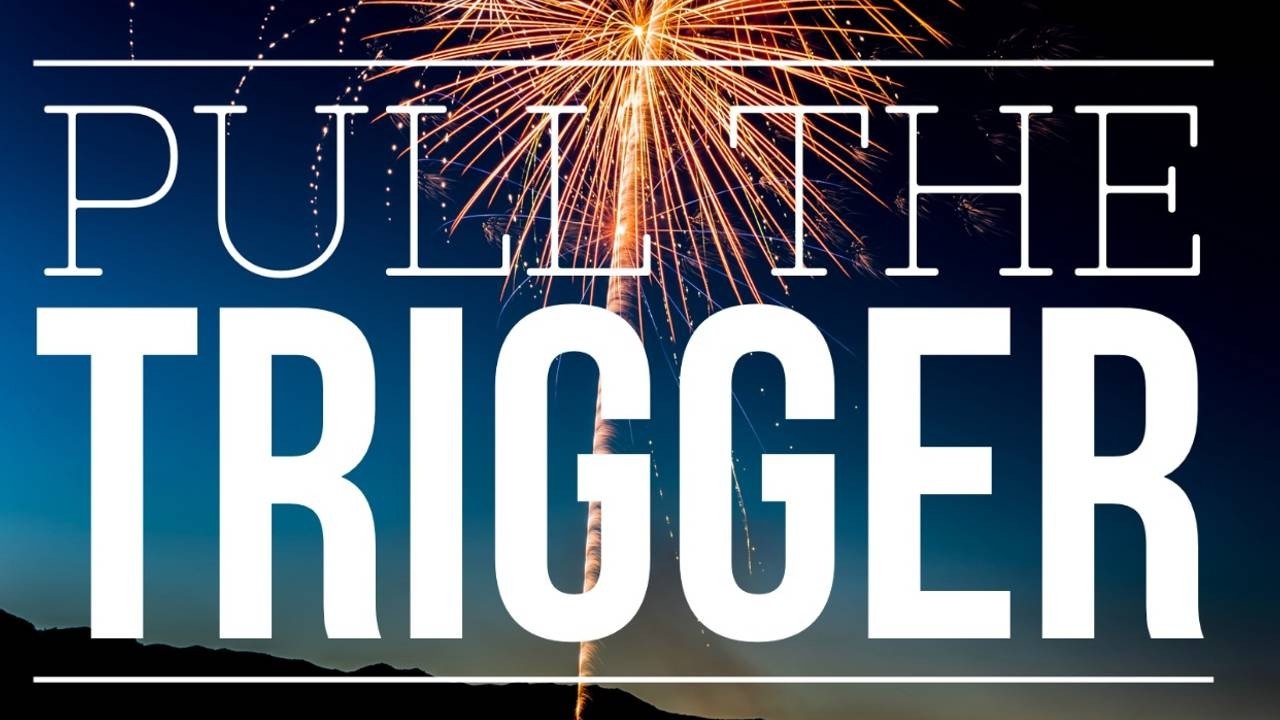 Raise your hand if you’ve had a conversation in your lifetime that would qualify more as a defining moment than a conversation. Yes? Then you will know exactly where I’m coming from with the story I am about to tell.

Somewhere in the years sandwiched between stepping away from my educational consulting work and the third birthday of my youngest son, my husband Brian and I were out to dinner. Any parent of young children knows that a night out “adulting” is a rare occurrence. The idea of having a complete thought or better yet a complete conversation is nothing short of a miracle during those years. On this particular night, I had a million and one things to cover with Brian, as I had been spending any free second I had contemplating what was NEXT for me. I had spent months researching, analyzing, and deliberating about possible options for my return to work.

For many of those months, I had no idea what the hell I was going to do, and this not knowing was driving me crazy! I had developed an insatiable need to figure out exactly the direction I was going to go in before I even took the first step. Truth be told, I was scared out of my mind to take that first step. There were so many unknowns attached to making the first move, so I was STUCK!  The research and analysis made me feel like I was busy doing something but the reality was I was circling the drain doing nothing.

Brian had been listening to me for months and he always came back to the same place:” Go to coaching school.” I had interviewed alumni. I had talked with successful coaches. I had evaluated programs and plotted out a course of action, but still, I did nothing to make it a reality. I know now that I was being run by FEAR.

Let me list the fears for you, ladies. You may be able to relate:

Fear of being back in a classroom again

Fear of leaving my kids for long weekends of classes

Fear of missing out on time with friends

My fears were real. They had a hold on me so tight, keeping me from a goal and a life I really wanted for myself.

As Brian and I ordered our first cocktail, I launched into my latest analysis of the coaching program I was considering. Brian took a few sips of his drink then put his glass down and looked me dead in the eyes. (*A little backstory here: Brian and I have been together since we were 17 years old. Yes, I married my high school sweetheart (eye-roll if you must) and he is just about the best listener I know. He is the kind of guy who doesn’t say much but when he does say something, you listen. On this particular night his simply-put words were the front door to something that forever has changed my life.)

“Stop talking and PULL THE TRIGGER,” he said.

The look on his face was somewhere between annoyance and ass-kickery (I know that is not a word but I like it). His words wrapped in frustration were exactly what I needed to hear.

I needed to trade in circling the drain for action. No more talking. No more contemplating. No more researching. No more analyzing. The only thing left to do was DO! So, with every one of those fears still swimming around my brain, I bravely picked up the phone the next morning and enrolled in CTI – which just might be one of the best decisions I’ve made in my life (other than marrying Brian, of course).

Coaching has opened up opportunities I truly never knew were possible. It has brought so much learning, growth, and purpose to my life. I have met amazing people and gone down paths I didn’t even know existed.

Ladies, that kind of impact is something I want for all of you to have in your lives, too.

So, if you are circling the drain yourself, contemplating whether now is the right time to “pull the trigger” on whatever it is that fear is keeping you from, I encourage you to take a deep breath and pull. You will be scared, and you may question yourself, but the only way to find out if this choice is the right one for you is to DO.

A whole world of possibilities is waiting on the other side of that threshold that you might never know unless you try.