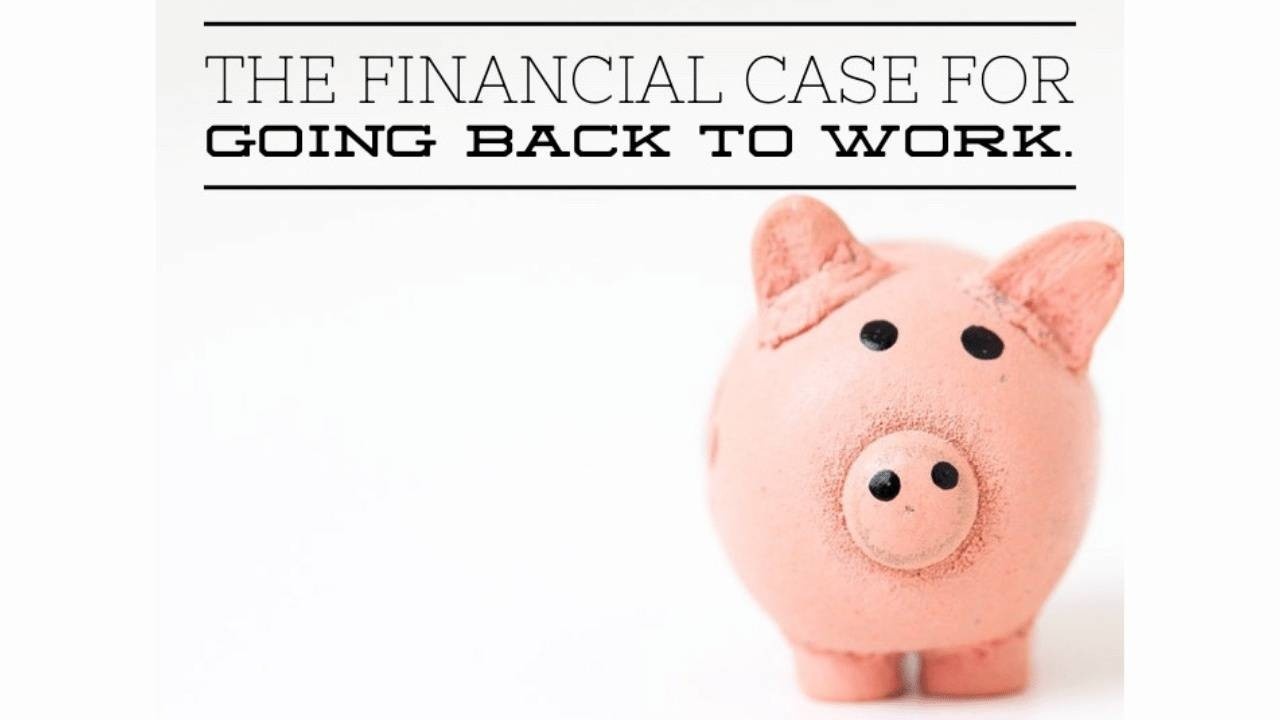 When I left Xerox Corporation to stay home with my firstborn Tucker, back in 1994, I was surprised about what I missed most about my work life. It wasn’t the familiar connection with clients and colleagues or the excitement of landing a big deal or launching a new product. It was the money.

This was astonishing to me. I wasn’t, and never have been, money motivated. Bob and I could live comfortably on his income, so my opting out wasn’t financially burdensome. I was part of the fortunate minority who could make the choice to pause a career and stay home without sacrificing lifestyle or basic needs.

Except that I did sacrifice.

I’d earned a very generous living at Xerox. I had my own personal account that was well funded (and well used). As that account quickly dwindled, I transitioned to using the family account for my personal expenses – suddenly and uncomfortably aware that my every purchase was now “public”.

To be clear, I’m not a big spender (more of a Marshall’s girl than Nordstrom) and nothing I buy requires explanation or discrete packaging. But I like clothes and music and outdoor gear and concerts and Broadway show and I resented the fact that my husband (who, in fairness, never scrutinized nor questioned my purchases) could now see and perhaps judge my every expense.

As I grew more self-conscious about spending money when I wasn’t earning it, I became more frugal (and, truth be told, a tad resentful). I spent freely on items for our four children and our home – but not on myself.

At this same time, another financial shift was underway in the Rietano-Davey household: slowly, but surely, I was abdicating all of the financial decisions to Bob. It was part of the divide-and-conquer strategy that allowed us to function well as a team as our family grew from two to six in six years.

In guiding women on their journeys back to work, I regularly hear versions of this same narrative. The high-powered, high-earning exec who opts out to care for family and, in the process, takes a vow of personal poverty, hands over all financial decisions (other than, perhaps, household bills) to her husband, and shifts her focus from the long view (returning to work, retirement) to the short view of immediate matters like groceries and carpools.

In January, my anecdotal observations were confirmed as fact at an event hosted by Villanova University’s Institute for Women’s Leadership. The topic of the evening was Women and Financial Literacy; the presenter was a UBS executive and her message was clear: women – even those who work full-time and earn generous incomes, but especially those who don’t – are not in charge of their financial futures. They relinquish most of the financial decision-making to their husbands – and this needs to change.

The cultural explanation for this lies in long-held beliefs and even LAWS that presumed men were better equipped to handle financial decisions than women. It wasn’t until 1974 that it became illegal to require a woman to have a male co-signer when she applied for credit. Similarly, it wasn’t until 1981 that the Supreme Court overturned state laws that gave husbands unilateral control of property owned jointly with their wives. (I can hardly believe such laws existed in my lifetime!)

It can take generations to change longstanding beliefs and related behaviors. For example: in 2018, in households where a man was the primary breadwinner, only 38% of women actively participated in major financial decisions like investing and retirement. In households where women were the primary breadwinners, it was better, but still not good enough: 57% are actively involved.

According to the event presenter, women need to be intimately knowledgeable about and involved in decisions that affect their financial futures now more than ever. Why? Because women live longer than men, because 50% of their marriages will end in divorce and, consequently, 80% of them will become solely responsible for their financial well-being during their lifetimes.

Most women return to work because of a financial imperative – a spouse loses a job, private school or college expenses loom, they’ve become single. But what if you don’t face these pressures? Is there a financial case for returning to work after a career break?

You bet. Full-time, part-time, contract work – making positive changes in your financial future can start with earning even just a modest hourly income.

And that brings up another observation of mine. I meet many women who want to return to work but delay it because they set a certain income threshold that, if they can’t reach (given their skills or time restraints) “it’s not worth going back.” Others will calculate their take-home income after paying for childcare and taking out high-bracket taxes and make the same “it’s not worth going back” declaration.

Returning to work even part-time at a modest hourly rate can result in hundreds of thousands of dollars in savings over a decade or two of work. It enhances your skillset and résumé, opening more and higher-paying work options for the future. It advances your pay and earning potential since pay raises compound over time. It expands your professional contacts for future networking; gets you back in the habit of analyzing your finances; forces you to make investing decisions.

And, of course, it provides some extra cash for your next trip to Marshall’s (or Nordstrom, if you’re that kind of girl).