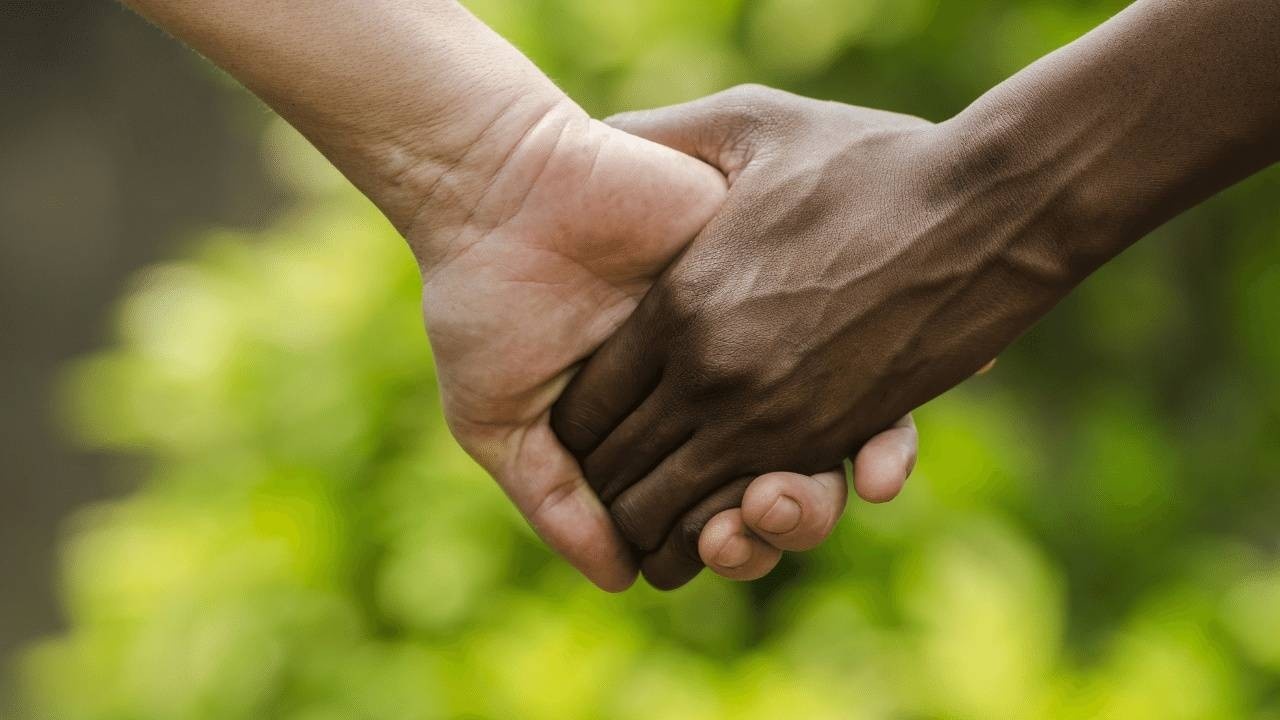 One summer evening in 1973, my parents drove my siblings and me, piled in the way-back of our Bonneville wagon, past a crumbling public housing project downtown. “The only difference between you and the children who live here is the circumstance of your birth,” my dad said. “Remember that.”

I never forgot it.  I was raised to be color-blind, but I’m not.

My eyes opened to color in Mrs. Moore’s second-grade class. Regina T. was in time-out, gleefully pirouetting outside the classroom door. A school administrator soon appeared to pull down Regina’s dress properly and haul her to the principal’s office. Later, I joined her there; I was too upset to go to lunch. Regina was only dancing. She was trying to be funny, to belong.

Regina was one of the Black students bused across town to the neighborhood school my white classmates and I walked to. This simple fact made them visitors to Cranbury School, outsiders who didn’t fully belong. We played with them at school, but not after. They weren’t invited to our birthday parties.

The racial cracks of the elementary school became chasms in high school where academic leveling and the cultural divide of social cliques further separated white from black. Regina didn’t graduate and head off to college like I did. In terms of my Economics 101 class, she was a “lost opportunity,” her bright potential unrealized.

My opportunities, however, expanded. By junior year, I was applying for internships and shopping for interview clothes with my mom. One evening, we stopped at a local boutique that was having a sale.

The store was empty except for the owner, a sales clerk, and two men shopping for their wives. Mom and I loaded up a dressing room and I got busy trying things on. My fashion reverie ended abruptly when my dressing room door flew open and the two men busted in. I kicked and screamed, but was quickly silenced by a silver gun pressed into my temple, and a firm hand squeezed around my neck.

I was roughed up, tied, gagged, then dragged across the store by the ponytail and deposited on the pile of “captives” – my mom and the other two women. The thieves exited the back, warning us to stay put.

Later, when police officers asked me to describe the culprits, I stubbornly dodged the obvious, estimating their heights, weights, ages; describing their hair and clothes. I fashioned myself liberal – “woke” in today’s terms – and color-blind. I didn’t want to divulge that the men who assaulted me and robbed that Wilton, CT store were Black. It was to cliché. It was, I thought, just what the white officers expected – and maybe deep down what I sensed upon entering the store: Black men don’t belong here.

One night, a few years later, I saw four young African-Americans hitch-hiking on the highway beside a broken-down car while I drove home from a client board meeting. I passed them like many drivers had, and many more would. Then, ashamed, I circled back.

The teens and I had a pleasant, uneventful drive, and I dropped them off deep in the North End of Hartford. It was the late 80s; crime was rampant there and I knew it. Still, as if to prove my “wokeness,” I drove willfully home with my doors unlocked, windows cracked and sunroof wide open.

The next day, I told my colleague about my meeting – and my drive home. “What were you thinking, driving there at night?!” she chastised me. “You don’t belong there. You’re lucky to be alive!” Cynthia spoke with authority. She, an African-American woman with relatives in that neighborhood, didn’t drive there after dark.

Belonging, I believe, is what the Black Lives Matter movement is all about.

When my four children were young, I wanted them to have more than perfunctory relationships with Black classmates and to know that people of all colors belong here. So, we enrolled to be a host family for the Fresh Air Fund. For twelve years, a sweet boy named Evan left his home in Harlem to summer with us.

I’ll never know what it’s like to be Lucia, Evan’s mother – to feel the dread she feels watching her two little Black boys become two big Black men in a hostile, restless world. But every summer, I got a small glimpse of it when I undertook the huge responsibility of watching over her Black child in my white world.

My maternal antennae were on high alert, and it sickened me that they had to be. A neighbor once called to notify me that a Black “man” (Evan was 10!) was in my driveway and did I know where my daughter was. (“Yes,” I replied curtly; “she’s with him.”) Acquaintances asked Evan cringe-worthy questions about his basketball game, his swimming abilities, and whether my fried chicken was as good as his mom’s.

Despite some clumsy interactions, Evan bears no scars from his time here. The kids and he explored their racial differences with refreshing innocence and candor, and we gained a mutually cherished, lifelong family friendship.

Eight years ago, my then business partner and I were consulting for the co-owners of an energy company, Steve and Diana. For efficiency, we held our meetings via conference call. Months into our assignment, we agreed to meet in person at Steve’s golf club for lunch. Upon arriving, I greeted the African-American waiter, saying: “I’m looking for my clients…” “Susan?” he inquired, offering his hand. “I’m Steve.”

I’d made a dreadful mistake, which Steve fortuitously interrupted before it was exposed. But I’ll never forget it. It remains a sobering reminder that I am not so woke or color-blind.

In the end, whether Black people belong isn’t disputable; whether white people make them feel welcome is. We need to change this and, in turn, ensure that all little Reginas who dance in the classroom can thrive beyond it.